Moon Cheese and Other Delights 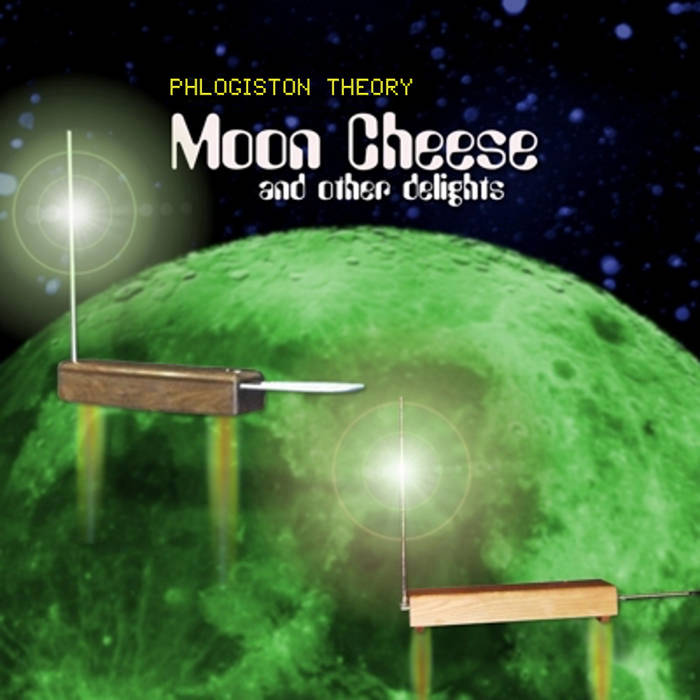 "Moon Cheese and Other Delights" is a collection of some of Rick Reid's musical experiments from about 2009 through 2012. Except for track 7, Rick played all of the instruments and recorded and mixed all of the tracks on this album in his home studio in Denver, Colorado, USA. Most of the instruments were played "live" rather than MIDI sequenced, with only minimal editing and multi-tracking. Nearly all of the recordings were made without traditional keyboard synthesizers. Instead, Rick used a wide assortment of unusual electronic instruments including theremin, Korg Kaossilator, dubreq Stylophone, Mixtape Alpha, etc.

Here are some brief details about the individual tracks:

1 - "Moon Cheese" -- This song is a multi-tracked techno piece featuring Korg Kaossilator Pro, Korg Kaoss Pad KP3, some looped theremin, a dubreq Stylophone and an Alesis Airsynth. The story behind the song is a steampunk-style mission to the moon to mine for moon cheese that can be taken back to feed the people of Earth. The Kraftwerk-style vocoder chant is "Meunster, Cheddar, Pepperjack, Brie. We are mining moon cheese."

3 - "Red-Light District" -- a walk through the streets of Amsterdam created on a Korg Kaossilator.

4 - "Requiem for Jules Verne" -- an improvisation performed on a Korg MicroKorg, processed in real time with an Ellotronix VST plug-in tape delay emulator.

8 - "A is for Ambience" -- This track was inspired by Brian Eno's ambient recordings. It's recorded at full volume for maximum fidelity, but try listening to it as low-volume background sound to get the ambient experience. All the sounds come from a Korg Kaossilator Pro and an Alesis AirSynth, processed with a Boss DD-20 guitar delay pedal. The title refers to the fact that all of the tonal instrument sounds are played on the "A" note in various octaves.

9, 10, 11 - "Lucha Libre! El Tecolote vs. the Body Thief from Dimension X: Main Titles / Making the Rounds / End Titles" -- These tracks were commission by writer/director Nick Gossert for use in his web video series about a Mexican wrestler who is also a police detective investigating paranormal crimes involving zombies and aliens. Nick is now working on a feature-length movie based on a similar premise. "Main Titles" features a theremin and a Roland RS-5 synth. The other two tracks were created entirely on the Korg Kaossilator Pro.

12, 13 - "Comfort in the Arms of the Damned: Overture / Underture" -- These tracks were commissioned for the Denver's Dangerous Theatre world premiere stage production of a play by Jonathan Vick. Featured instruments include an American Idol toy electric guitar played with a violin bow and processed with a Korg Pandora Mini, a theremin processed with a MoogerFooger MIDI Murf, Arturia Analog Experience synth, and the Tone 2 Saurus VST synth.

Rick Reid (aka Phlogiston Theory) has been involved in electronic music and sound effects design for most of his life. He took piano lessons in his childhood. Since then, he has played everything from Stylophones to modular synthesizers, with a particular focus on theremins and other instruments with unconventional user interfaces. Rick also hosts the Theremin 30 podcast. ... more

Bandcamp Daily  your guide to the world of Bandcamp

outré black metal, with a Victory Over the Sun interview and music from Liturgy and Jute Gyte.